The Time Value of Money

The Time Value of Money

Money today is worth more than money in the future. This is because money today can be used immediately to get things done, such a paying bills and buying supplies.

From the perspective of investment analysis, money is more valuable today because if it isn’t spent immediately then it can be invested to generate income. Idle money can be put into a savings account to generate interest, used to buy bonds that generate coupon payments, or be invested in a project or asset that will generate income. There are endless ways to use idle money to generate a return, with the only differences between methods being the rate of return and the risk involved.

The Opportunity Cost of Capital

If a business has excess cash, and it simply lets it sit in a checking account, then it is wasting an opportunity for growth, because it could be used for an investment that generates income. This is true even for something as simple as a savings account. 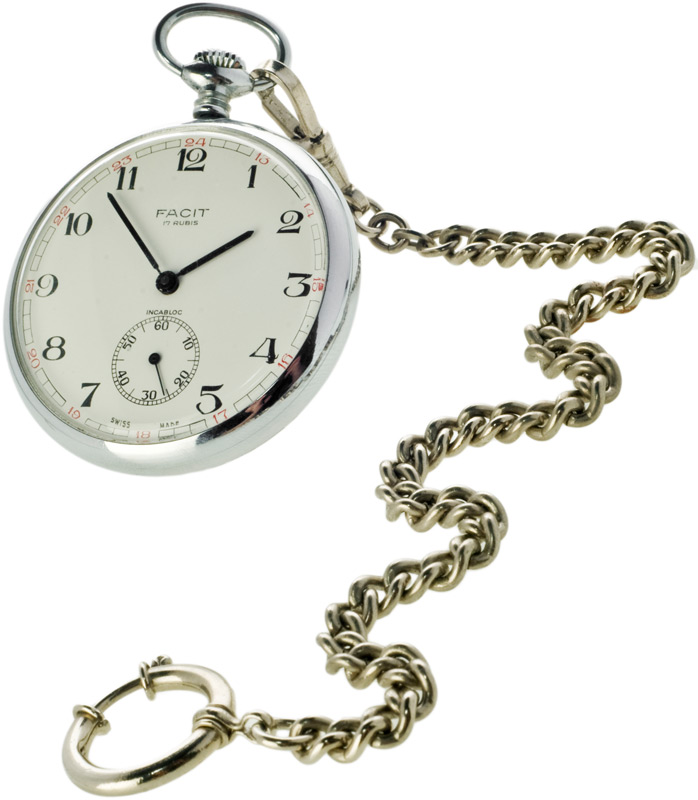 We have discussed that the value of money today is not the same as its value in the future. There are two main reasons for this.

Let's say you hav $10,000 sitting in a checking account that you are not using for operation. It's just sitting there doing nothing. If you were to invest that amount at an annual compound interest rate of 5%, after the first year, your $10,000 would have earned you $500 in interest. That $500 interest becomes part of the principal for the next year, increasing the amount you have in your investment that will earn interest to $10,500. The next year, you would earn $525 in interest, which at the end of the year would be added to your principal bringing your total to $11,025. After 10 years, compound interest would bring your total amount to $16,288.95.

If your business has idle cash, you have two options. You could spend it, or you could invest it. To know which choice makes the most sense, you'll want to know what your money is really worth today when you consider it after it has been invested for a certain length of time and compounded with interest. Thinking about your money in terms of what it will be worth in the future if it is invested at a certain compound rate is called Capitalization. 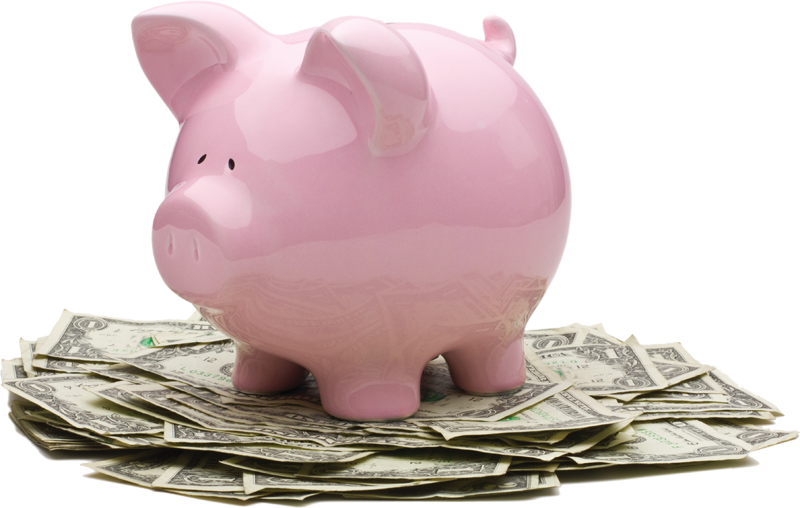 Evaluating the present value of a future amount of money is called Discounting. If you knew that your business was going to have $10,000 cash arrive in a year, you would need to discount it, in order to know what that future $10,000 cash is worth to you right now. If you had to choose between getting $10,000 right now, and getting $10,000 a year from now, it would make the most sense to get the money now.

When a business wants to make an investment, it usually has many opportunities and therefore many decisions to make. Investments come in all forms; the opening of a new office, the hiring of a team of sales personnel, the development of a new product, the buying of real estate, or the acquisition of a competitor. The list is endless but all the items have one thing in common: they all involve the expenditure of capital that will yield an income in the future.

There are a lot of factors that go into the process of deciding which investments to make. A business must analyze its industry, its competitive position, its mission and vision, and its strategic objectives. However, when a fixed amount of capital is set aside, a business will often have to select from a few different opportunities. When there are several different investments to choose from, all adding value to the company, the business must choose which investment adds the most value or makes the most strategic sense. This process is known as capital budgeting, the process of choosing which investments to make when there are multiple opportunities but a limited amount of capital.

There are many strategic implications when choosing an investment. These strategic implications are often qualitative and difficult to measure. There are also several quantitative methods that allow a manager to analyze which investments will add the most value to the business. Each method is appropriate for different scenarios and each has its own advantages and pitfalls, but all allow a manager to approximate the value an investment will add to the business and therefore assist the capital budgeting process.

In our discussion of the time value of money, we talked about Future Value, and we talked about Present Value. Net present value (NPV) is an investment decision-making tool that looks at all of the cash flows related to an investment or project (both positive and negative) and adds them together. When considering an investment or project, it measures the amount of cash that a business will have left over or be short in present value terms. Net Present Value tells you what the value of a future endeavour is worth right now.

An investment should be accepted if it has an NPV that is positive. If multiple projects are being evaluated and there is a fixed amount of capital to be invested, the project with the highest NPV should be chosen. If additional capital is available, the next highest NPV project should be invested in an so on until the capital pool is exhausted.

Cash flows represent the income returned and the expenses required by a project. When there is an outflow, the cash flow will be negative and an inflow will be positive.

Inflows can take many forms. They can include income from sales, dividends from a financial investment, or the income from selling an asset such as a machine once it's no longer needed. A manager must project all the inflows that are directly related to a project, which are sometimes not as obvious as expected. For example, a business wants to analyze investments in a new sales office in different areas of a city. If the city government offers a grant to businesses who invest in real estate in certain neighborhoods, that grant is considered an inflow related to that specific investment, which is a new sales office in that specific neighbourhood.

Just like inflows, outflows can also take many forms. They can include recurring costs directly related to an investment such as inventory and payrolls. Outflows can also include one-time future outflows such as having to buy a new machine once it's obsolete.

Since NPV is a net measure, it uses net cash flows. Therefore, when inputting inflows, such as sales, they must be netted against expenses to give the incremental cash flows. Incremental cash flows can add an extra layer of complexity. For example, if the investment analyzed is the development of a new product, the introduction of that product may lower sales of another of the business’ products (known as “sales cannibalization”). Therefore, the sales must not only be netted against the costs associated with that product but also the sales of the other product that are lost. When projecting cash flows, a manager should begin with the project’s income and then systematically subtract all negative cash flows associated with that investment. The net cash flow that is left should be used as an input into the NPV formula.

Cash flows do not have to be identical over time; there can be different inflow amounts for each time period. It doesn’t matter if there are negative cash flows in the future, for example, if there is a future cash outlay needed that will be greater than the sales for that time period. As long as the cash flow is set to negative, to represent a net outflow, the NPV calculation will appropriately include it. 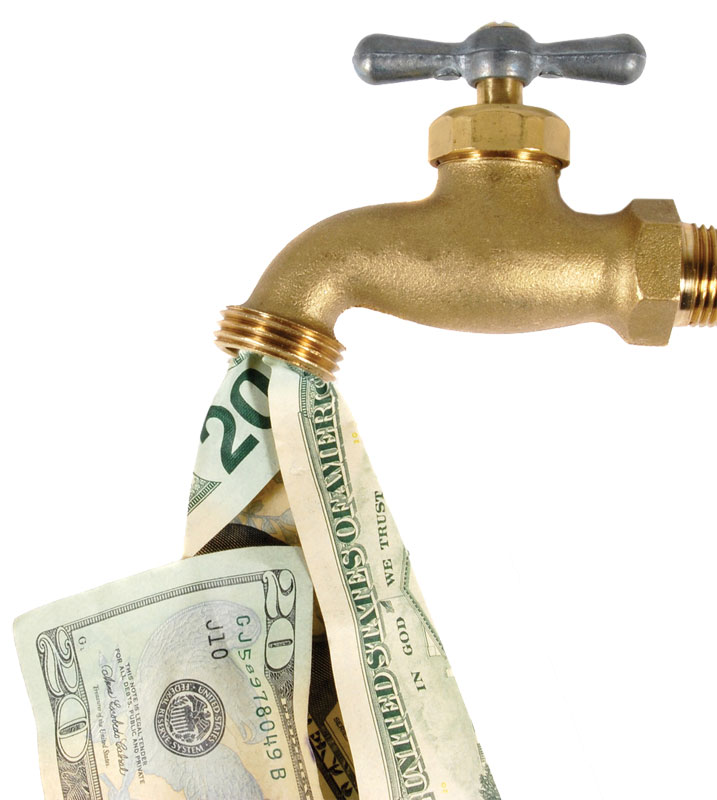 The Rate of Your Return

The rate of return you use for analysis is one of, if not the most, important inputs when discounting cash flows. Even a slight change in the rate can cause huge changes in the present value, especially as the project or investment cash flows get further and further into the future.

The rate of return used to discount cash flows for NPV analysis should reflect the rate a business uses to justify the investment. The rate needs to consider both the minimum return a business makes on its capital as well as the risk of the project or investment.

The “minimum” component represents the return the investment or project has to generate to justify using the capital. If capital is readily available for the business in the form of cash, the minimum return is the amount that cash would make just sitting in the bank collecting interest. This represents the “opportunity cost” of capital. Since the capital will be used for the project or investment it won’t be sitting in the bank and generating interest.

If you are borrowing capital, the “minimum” component is the “cost of capital,” the actual price of borrowing the money, which is the interest rate on the loan or line of credit. This is an appropriate minimum threshold return because the investment needs to be able to generate enough of an income to pay back the debt used to finance it.

The second component to consider is risk. This rate reflects the riskiness of the investment. The riskier the investment, the higher the rate will be. This component is completely subjective; it is determined by the business’s experience with investments in the past. While the “minimum” threshold is required, the “risk-adjusted” component is not mandatory, but it is a good idea to consider risk when making decisions with your money.

Note that occasionally, depending on the bank or lending institution, the cost of capital may already reflect the risk adjustment. For example, a business lending bank might have a policy to grant the amount of capital requested but adjust the rate on the loan to reflect the nature of the investment. This rate would reflect the risk factor of your investment, already incorporating the risk analysis of professional financial analysts, and should not be increased with additional risk adjustments.

First, when deciding whether to make an investment or reserve capital, the payback period approach has no actual decision-making rule unlike NPV or IRR analysis. The only possibility of a rule is predetermining a “threshold” payback period and then seeing if the investment has a payback period that is less than the threshold.

Additionally, the payback period approach does not account for extremely important factors in capital budgeting, including the time value of money, risk, financing and the opportunity cost of capital.

Previous
Financial Management
Next
Finance in Your Business